Perched on a hill, between Trapani and Mount Erice, Valderice is a panoramic and extremely appreciated holiday destination, the ideal place for those who seek peace and a close contact with nature.

Its territory is characterised by wide rural areas covered with olive groves and vineyards, bagli (a typical Sicilian rural building with a spacious courtyard) and villas with beautiful gardens.

The trail starts from the city center and then runs along a mixed and paved road. From here the route, rather flat for a short distance, continues towards Monte Misericordia and then climb along the western side of the rocky spur.

Following the path that goes down to valley you’ll reach the Arco del Cavaliere, recently restored: it is what remains of an ancient square plan chapel, intended to accommodate the painting of the Madonna di Custonaci (16 century) during the procession that accompanied the painting from Custonaci to Erice (documented from 1568 to 1936). It was once the most important stopping place for believers in procession, situated at the junction of ancient roads: still today you can see, next to it, an ancient trough from which water gushes out.

After about 7,3 kilometers the route follows a paved secondary road, walking through vineyards and olive groves. In order to reach the Santuario della Madonna di Custonaci (Sanctuary of Our Lady of Custonaci, 16th century) cross the bridge of Rio Forgia and walk for about one and a half kilometers.

This path, nearby the Regia trazzera (a road system dating back to royal times) that from San Vito Lo Capo led to Erice, runs along the same route of the ancient religious itinerary that, starting from the 17th century, was regularly covered by faithfuls during the procession that accompanied the painting of the Madonna di Custonaci.

Along the road that once led from Erice to Custonaci in the former trazzera of knight Rizzuto or ‘road of the Knight’, near an ancient drinking trough, lie the disheveled remains of a chapel which was used to house the painting of ‘Our Lady of Custonaci’ ( sec . XVI ), during its transportation from Custonaci to Erice and vice versa from 1568 to 1936. It was originally a square structure, open on all sides by a large archway. Here the faithful would stopover to refresh themselves and partake of bread and cheese during the ” transport “. The locals would offer food to the bearers of the sacred image, who had subjected themselves to such hard labour.

We are not talking about jewels or universal works of art but small signs of love: you’ll encounter many of them, sooner or later, in your journey. They are what remains of stages of thousand-year old religious paths, or tributes of a loving, family and intimate faith, faithful gestures of a forgotten devotion, of a moderate and shown belief, which calls for smile, encounter, tolerance and peace.

It is a large green lung in the municipalities of Valderice, extended just over 19 hectares, with numerous equipped areas, a children’s play area, boules courts, tables, benches, fountains and toilets, such as to allow visitors to take a rest and to enjoy the landscape, immersed in the rich Mediterranean scrubland, the piles of stones and the groves. Here there is the typical vegetation of the Mediterranean scrubland, which includes dwarf palms, euphorbia, lentiscs, spiny brooms and ampelodesmos. Scattered in the bush emerge some oleasters, no longer cultivated, whereas on the hot rocks bloom the wallflowers.

Sanctuary ‘Our Lady of Mercy’

A pilgrimage site since the 17th century, it stands on the site of a shrine which contained the miraculous image of the Virgin Mary. Its construction began in 1640 and lasted until 1769 when the abbot Francesco Stacca completed work on the church, employing the skills of Giovanni Biagio Amico, architect , and Domenico La Bruna, a painter- both natives of Trapani. The simple façade is marked only by the cantonal and the portal with fragmentary gables . The interior, with its single aisle safeguards on the main altar, a valuable painting by Andrea Carreca (Trapani 1590 ca.-1670 ) depicting ‘Our Lady of Mercy’ . 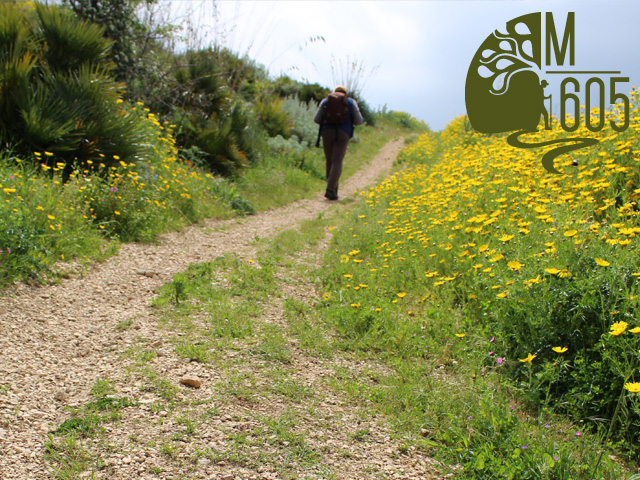 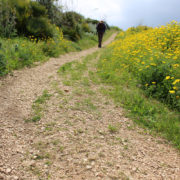 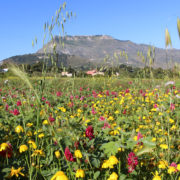 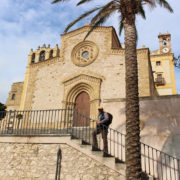 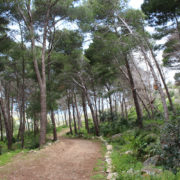 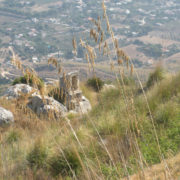