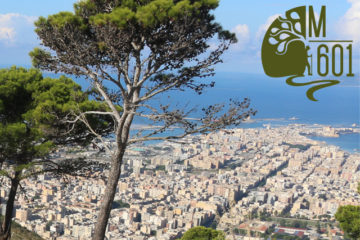 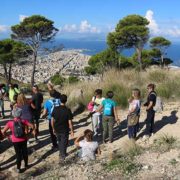 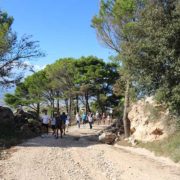 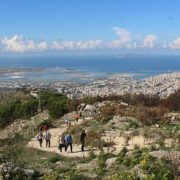 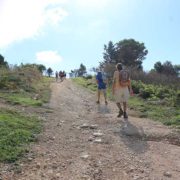 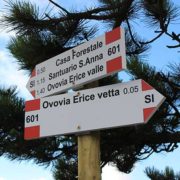 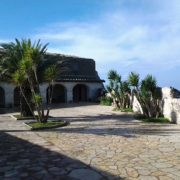 The “Sentiero Sant’Anna (Sant’Anna Trail)” rises up along the western slopes of Monte (Mount) Erice offering a wonderful panoramic view of Trapani, framed by the Egadi islands. It leaves from the lower Cableway station at Erice-Casa Santa, just a few kilometres away from the center of Trapani. The route reaches the top of the mountain where is located the ancient medieval village of Erice.

After a short urban stretch along Via Capua, Via Manzoni, Via Pola and Via Sant’Anna, you can easily reach the entrance of the Martogna picnic area, within the “Monte (Mount) Erice” wooded area, characterised by Mediterranean pine trees, oaks trees and eucalyptus trees. The area is also equipped with wooden benches and tables, a picnic area, a children’s playground and an area with different animal species (including goats from Tibet, fallow deer, donkeys from Pantelleria and many species of birds).

In the second stretch the path rises towards Pizzo Argenteria (where a breathtaking view over Trapani can be admired) and then it reaches the Sanctuary of Sant’Anna (332 m.), whose construction dates back to the 17th century. For centuries it was a pilgrimage site by the devotees of Sant’Anna. Now it is a place of silence and prayer offering unique views of the extreme western tip of Sicily, Trapani, the Egadi islands and the crossroad of the two seas: the Thyrrenian and the Mediterranean.

The path continues on for about another kilometer until the Forestry Commission Building; it goes through a wood towards Porta (Gate) Trapani, one of the three gateways to Erice, so named because it looks towards Trapani. It is also an evidence of the Cyclopean fortification walls (8th-7th centuries b.C.) of Erice

Approximately 5,5 kilometers to reach one of the most beatiful hamlets of Italy, to visit historical and artistic monuments such as the Castello Normanno (Norman Castle, 12th -13th centuries), the Torretta Pepoli (Pepoli Turret, 19th century), the Duomo dell’Assunta (the Main Church dedicated to the Assumption of the Virgin Mary, 14th century) –to name but a few- or to delight your palate with the typical sweets from Erice, such as those made of almond paste, the so called “genovesi” or the “mustazzoli”, or to go shopping walking along the narrow streets: do not miss the trappiti (the traditional carpets) and the hand painted pottery, evidences of an artistic handicraft handed on from generations.

The Sanctuary of St. Anne

The construction of a small church dedicated to St.Anne, at the foot of Mount Erice, dates back to the early 17th century; around 1665 it was enlarged and equipped with home environments, tanks and two courtyards for the “frati Agostiniani Scalzi (Barefooted Augustinian friars)”, who never settled there for sudden difficulties. Over the centuries, the sanctuary has been an object of great popular devotion, although it has alternated periods of large influx of pilgrims with others of abandonment. Renovation works were carried out in the mid-19th century and in 1976 when Don Franco Giuffrè restored the cult, making the sanctuary a place of prayer for all those who, especially in summer, want to share a communitarian experience. It has become a pilgrimage destination on St. Anne’s day. It also preserved, placed above the altar of the church, a painting (work of the painter from Trapani Andrea Carreca, dating back to the 17th century) dedicated to St. Anne but it was stolen in the last century.

It is a strong unfinished building, started in the 18th century to host a garrison of Spanish soldiers but never finished. Situated on a rocky spur, outside the city walls, at the western extremity of a broad rocky platform, near the churches of Sant’Orsola (St. Ursula) and Sant’Antonio (St. Anthony), it offers a spectacle of enchanting beauty with a view on the landscape and above all on the sea; your eyes can roam from the Strait of Sicily to the Tyrrhenian Sea capturing in all its beauty the coastal area between mount Cofano and tonnara (tunny-fishing) of Bonagia. In the restored rooms stands a collection dedicated to the peasant and sea culture entitled “Arts and Crafts of the past…”. 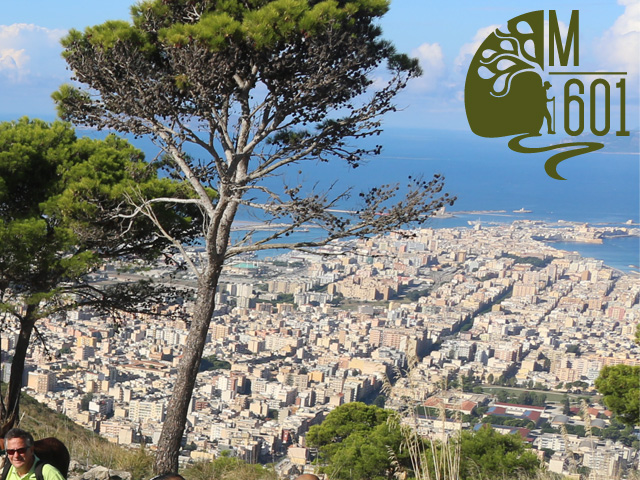