The route starts from the Baglio (a typical Sicilian rural building with a spacious courtyard) of Scopello (at around 100 meters above sea level) perched on a promontory just a few kilometres from Castellammare del Golfo, nearby the Riserva Naturale Orientata dello Zingaro (Zingaro Nature Reserve).

Here walkers can enjoy a breathtaking view: the sea stacks rise steeply almost touching the sky, and the nearby tonnara (tuna-fishing factory), one of the most important and ancient in Sicily that evokes a glorious past of tuna fishing. The current hamlet consists of a baglio from the Norman age, a small square with the church and a few houses. The ancient wood-fired oven, situated in one of the narrow alleys of the hamlet, bakes an excellent pane cunzatu, a local speciality. It is a freshly baked loaf of bread seasoned with salt, extra virgin olive oil, oregano, fresh tomatoes, local cheese and anchovies and served hot.

Thence, after a short stretch of approximately 600 meters uphill on the trail, walkers will reach Torre Bennistra (16th century), a tower that was part of the defensive system, made up of many coastal watchtowers, of Sicily. Completely restored in 2015, it can now be visited. The Belvedere area offers panoramic views over the gulf of Scopello: the island of Ustica can be seen on clear days. Mount Sparagio (1110 meters above sea level) stands behind the tower; its wood was elected as a royal hunting reserve, because of the presence of deer, wolves and wild boars, by Ferdinand III of Bourbon.

The route continues along the path for approximately 2,2 kilometers towards the Castello di Baida (castle of Baida), passing through the old town of Visicari. The facade of the castle (dating back to the 15th century) is characterised by a beautiful depressed-arch entrance door. What remains today of the castle’s building complex are only parts of the walls, the ruins of the octagonal towers placed on the four sides of the castle and the façade topped by battlements, thus testifying its original defensive function. In modern times, some parts of the inside courtyard have been converted into private houses, warehouses and stables. The castle is still inhabited.

The ancient hamlet of Scopello (from the Greek Skopelòs = rock, cliff) is perched on a promontory just a few kilometres from Castellammare del Golfo. It stands on the ruins of the ancient Cetarea, so called for the abundance of tuna in its waters. The Arabs, who restructured the “tonnara (tuna-fishing factory)”, called it Iscubul. After the Arabs, it underwent other dominations as can be seen in the watch towers (one built in Norman times, the other in Aragonese times) overhanging the “tonnara” and the two stacks.
Nowadays Scopello is a popular tourist destination. The heart of the characteristic hamlet is Baglio Isonzo (from the Arab bahal =courtyard), dating back to the 18 th century, with a paved square, a trough made of stone and surrounded by small and tightly-packed houses.

The Castle of Baida

The so called castle of Baida, a fortified building with a central courtyard, perched on a high slope (290 meters above sea level), was probably built towards the end of the 13th century and subsequently enlarged. Until the early 19th century, Baida (from the Arab term al bayda, that means white, referred to one of the settlements dating back to the 11th -12th century, in particular the one near Rocche Bianche) was a barony, including a vast wooded area, whose main activities were livestock farming and hunting. The castle, situated in the middle of the ancient fiefdom, was made up of solid walls, of an internal rectangular courtyard and of towers. What remains today of the castle’s building complex are only parts of the walls, the ruins of two towers (one octagonal and one rectangular), a small church and a façade with a beautiful depressed-arch entrance door, surmounted by a bell gable. An inscription in Latin characters remind us of the visit of Ferdinand III of Bourbon, in 1801.

This seasoned bread is made from a loaf cut in half lengthwise and garnished with local cheese (fresh pecorino called primosale), tomatoes, anchovies, oregano and seasoned with olive oil and salt. It is then closed and cut into portions. A symbol of the territory, it is made strictly with local ingredients.

The Zingaro Nature Reserve stretches from Castellammare del Golfo to San Vito Lo Capo. It was established in the early 1980s, thus becoming the first nature reserve set up in Sicily, in an area rich in evergreen Mediterranean scrubland with bays characterized by a blue and crystal clear sea. It is possible to go through a coastal path, approximately 7 kilometers long, linking the entrances of San Vito Lo Capo and Scopello. Inside the Reserve there are the Naturalistic Museum, the Museum of the Marine Activities, the Museum of the Rural Civilization, where the complete cycle of the wheat is reproduced, and the Centre for Environmental Education, two equipped areas and some old rural houses.

Torre Bennistra overlooks the ancient hamlet of Scopello; its name probably derives from some owners of estates who came from Erice, the Bennisti or Vinnisti, as is clear from some documents dated 1299. The tower, dating back to the 16 th century, was part of the coastal defensive system of Sicily.
Abandoned for a long time, it will be entirely restored. 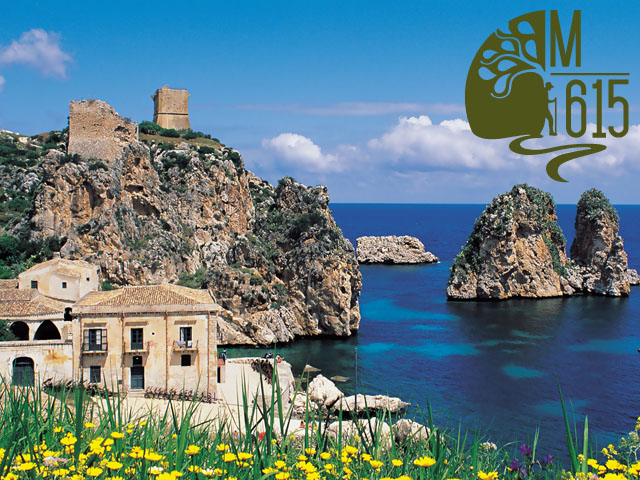 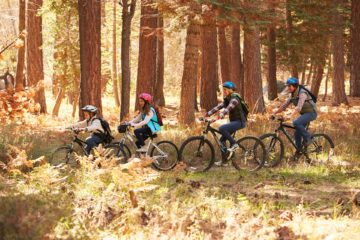