We are on the top of Mount Erice, in front of Porta (Gate) Spada, one of the four openings in the Cyclopean walls (dating back to Elymian and Punic times, between the 8th and the sixth centuries b.C.), that surround the central core of Erice. These Cyclopean walls (from 2 to 3 meters thick) wind along a path about 800 meters long, following the ground profile. From here the itinerary entails a ring-shaped pathway, approximately 4,5 kilometers long. The route descends along the northern slope of Monte (Mount) Erice, to the ruins of Porta (Gate) Castellammare, rediscovered during the recent archaeological investigations in the area. Then the trail runs for a short stretch towards the churches of S. Maria Maddalena, Sant’Ippolito and Santa Maria Maggiore, dating back to 14th century. The large number of existing religious building (in relation to the population) shows how important the faith was in the ancient Erice.

The route, besides being characterised by a very ancient paved road made of local stones, is a blaze of colours: beautiful wild orchids, including the orchidea di Robert (Barlia robertiana) and the orchidea farfalla (phalaenopsis), display all their splendour. There are also about twenty endemic species, including the cavolo trapanese (cabbage from Trapani) and the limonio siciliano (Sicilian Limonium).

A breathtaking view, ranging from the Egadi islands to the plain of Bonagia, Valderice and Custonaci (Mount Cofano) till to San Vito Lo Capo (Mount Monaco) can be admired.

Then, the route goes back towards Porta Spada through a small wood characterised by downy oaks and holm oaks. A little further on there is the Quartiere Spagnolo, a fort dating back to the 17th century which stands on a rocky spur and overlooks the beautiful panorama of the coast. It was wanted by the local population to host a garrison of Spaniard soldiers, after an accurate and complex restoration, today the “Quartiere Spagnolo” houses a permanent exhibition titled “Arti e mestieri di una volta…(Arts and crafts of times past)” and a space where you can tasyte the typical local products, including a good glass of COD Erice wine, the “Amaro Monte Erice” and the traditional almond sweets, the “genovesi (pastry sweets stuffed with cream and covered with powdered sugar)” and the “mustazzoli (biscuits)”. 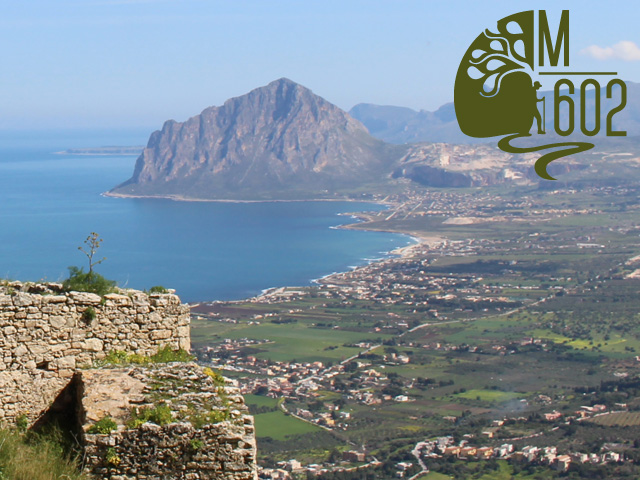 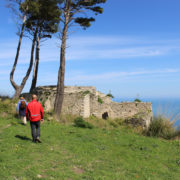 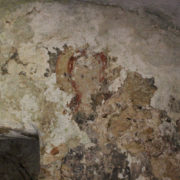 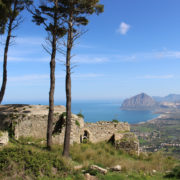 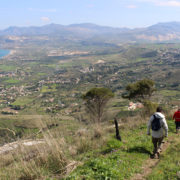 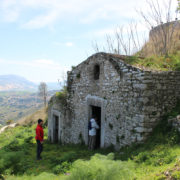 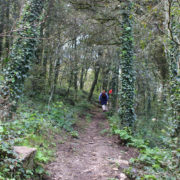 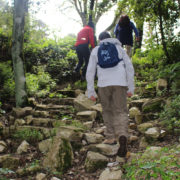