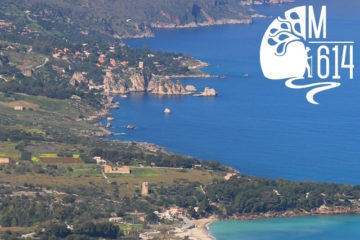 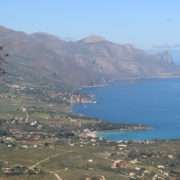 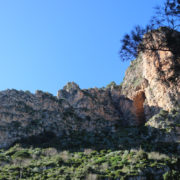 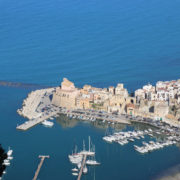 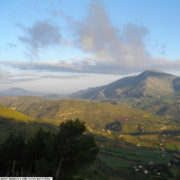 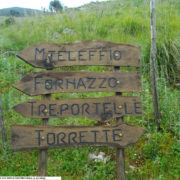 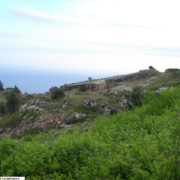 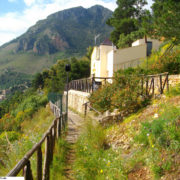 The itinerary starts from the center of Castellammare del Golfo the seaside town, located on the slopes of the mountainous complex of Mount Inici, which gives the name to the homonymous gulf and bordered to the east by Capo (cape) Rama and to the west by Capo (Cape) San Vito.

Built in the 19th century on a previous Arab fortification, its name comes from the Arab-Norman Castle overlooking the gulf, until recently lapped by the sea. Castellammare was born as a port of the nearby Segesta and, until around the middle of the 20th century, it preserved its commercial importance. In the past fishing was one of the most important economic activities, considering also the activities linked to the nearby tonnare (tuna-fishing factories): the Tonnara del Secco, Tonnara di Scopello, Tonnara dif Castellammare and Tonnara Magazzinazzi in the mid-1980s were active. Over time, fishing and, partly, agricultural production, traditional sources of livelihood for local communities, have progressively given way to tourism-related activities, such as hotels, bed and breakfast facilities, restaurants, diving centers, car and bike rentals, guided tours, sea excursions and much more to the point that Castellammare del Golfo is one of the most popular tourist destinations in the province of Trapani.

In order to reach the Belvedere, where a breathtaking view can be enjoyed, hikers have to climb along the eastern side of Mount Inici, towards the Chiesa della (Church of the) Madonna delle Scale, a small place of worship (recently restored), situated on a small hill overlooking the port, which gets its name from the conformation of the terrain that slopes gently towards the sea. The building up of the church is subsequent to a miraculous event dating back to the 17th century: the commemoration of this event takes place every September 8th when, in the small square of “Porta Fraginesi”, the traditional pasta with broadbeans (in the Sicilian language called “Li tagghiarini”) is served.

Close to the church the ancient Cappella di Sant’Alberto (chapel of St. Albert) and the Cappella della Madonna della Via (carved into the rock) are still visible. From the Belvedere, after the picnic area managed by the Forestale (State Forestry Corps), the route continues uphill until reaching Fossa del Bove, a clearing in a wooded area where has been identified an extremely rare plant (the Ptilostemon, a cardoon species) in 2010, the pond of Stagnone, where nearby fossil findings dating back to the middle Jurassic and to the lower Cretaceous were found, the forest area of Fontanelle, with the Rifugio (Refuge) Casa Alliata managed by the Forestale (State Forestry Corps), the wood of Vaccaria, characterised by shrubs and bushes such as the bramble, the Butcher’s broom, the ivy, the wormwood, the blackthorn, the hawthorn, the dog rose and the broom and, in open areas, by the euphorbia, the dwarf palm, the sumac, the ferula and the peony. There are also diverse mammals, such as foxes, hedgehogs, wild rabbits and weasels, as well as raptors, including buzzards, kestrels, peregrine falcons, barn owls, owls and scops owls.

The tour ends with a visit to the remains of the Castello di Inici (Castle of Inici), one of the most ancient in Sicily: its original core dates probably back to the 8th century and it was enlarged and renovated several times over the centuries, until the 17th century when it took the present appearance. Until the early 1960s, it was inhabited and, with its two courtyards, served as the center of the hamlet. A post office, a carabinieri barracks and a school were situated inside the castle. The 1968 earthquake damaged seriously the entire building; over the subsequent years, an increasing dereliction led to the collapse of the Medieval tower (in 1998). 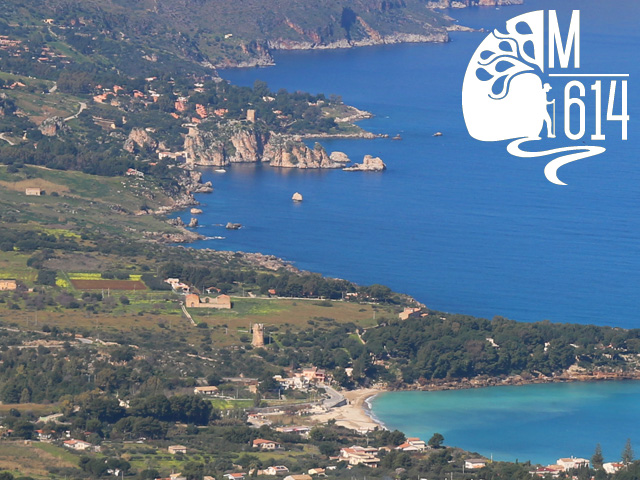